Bootstrap 5 is in alpha, very close to beta. Read my 3 reasons why I’m extra excited about this version. You will love reason number 1.

I have been using Bootstrap for around 7 years now, and in this blog post, I will dig into 3 reasons why I’m excited for Bootstrap 5. Bootstrap was definitely the first CSS framework to blow my mind. It opened up a new world for me. I went from building websites in multiple days, to do the design in one day. I since then looked around and saw that there were multiple CSS frameworks like Semantic UI, Foundation and a ton other.

I’ve tried multiple of them, but I keep coming back to Bootstrap, it’s fast to learn, lightweight and just works. It’s updated often and the documentation is easy to understand.

Bootstrap was originally built by Twitter, they do however not use it on Twitter.com, but they use it on a lot of internally projects as Mark Otto from Twitter states.

As Bootstrap 5 is in alpha at the moment, it is the next version coming up, and we’re really close to having it out in production. As the title mentions, I have 3 very specific reasons to why I’m so excited about this version which I’ll elaborate more in the points down under. Bootstrap 4 and previous versions have been using jQuery ever since I remember and a lot of functionality doesn’t work without jQuery.

jQuery is a third-party component and this makes Bootstrap more reliable on jQuery to keep updating their library in order for Bootstrap to introduce new features. This issue has now been eliminated as jQuery is gone.

Should you update to Bootstrap 5?

It very much depends on what you want to use it for. Is it a private project where you want to learn Bootstrap. Then you should definitely go ahead and try it out as it’s the future of Bootstrap. I do NOT recommend you using Bootstrap 5 on your production site yet. If you choose to use it, you should be aware of there will be a ton of bugs they are fixing at the moment. If you choose to use it, you should help them with feedback, we will all benefit from this and get Bootstrap 5 in production use faster.

We will go into a phase very soon where we’ll see a ton of websites changing their Bootstrap version, but also at marketplaces like Themeforest. It’s going to be very interesting to see how fast people adapt to Bootstrap 5 and start pushing out new themes using Bootstrap 5

Reason 1: jQuery is gone in Bootstrap 5

Finally! jQuery is now the past in the history of Bootstrap. This will make it a lighter framework to use when you want to use the full functionality of Bootstrap. Bootstrap in their official blog post, also mentions how much it will decrease load size moving forward. Furthermore, dropping jquery, they have also in Bootstrap 5 improved their javascript codebase, which is also a part of the faster loading time.
The reason why I’m so excited about this huge change is when I build web apps. Every time building web apps using Bootstrap you always have to make minor tweaks to make jQuery work correct as it’s a third-party library which you need to load into your project. These days are over, and I can’t wait to get started using Bootstrap 5.

This is another exciting reason for this version of Bootstrap. Internet explorer has really limited the options for Bootstrap lately. Internet explorer is not being supported by Microsoft any longer either. We see browsers like Google Chrome, Firefox and Safari ages ahead, and these browsers support features Internet Explorer doesn’t. This means Bootstrap couldn’t introduce these features previously as they would break in internet explorer.
This allows Bootstrap to introduce local variables which are going to make it even easier for us to use Bootstrap. Imagine you have a colour palette before this update it would take some work to change Bootstrap using this colour palette. After the introduction of local variables, it will take less than a minute. It opens up for a ton of other options as well, this is just one of them.

Bootstraps forms have been the same for as long as I remember. They have also been very limited design-wise because of Internet explorer. This is also changing in this version which makes this version even more exciting.
If you’ve used Bootstrap version 4 or previous version, you’ll be excited about this up. As you can see on the image down below, the design has gotten a huge upgrade.

Join 600+ others, and get one new software review in your inbox weekly.

I’ve used Bootstrap in many of my web apps I’ve built over the years, and I can’t wait to update the different web apps to Bootstrap 5.

To sum everything up, I’m really excited about this update, and I can’t wait to start using Bootstrap 5. The faster loading time, the new endless features and better documentation all adds up to a brand new world within CSS frameworks. I believe Bootstrap took a huge step in the right direction with this update.

It’s going to be awesome to see the future updates to Bootstrap 5, and what they will bring. Removing jQuery has opened up a whole new world for Bootstrap, and the sky is the limit. I believe we will see an even faster version of Bootstrap in the future, without lacking features or documentation.

Is Bootstrap the fastest CSS framework?

No, it’s not. Bootstrap has a ton of options and features which makes it heavier than a lot of lightweight CSS frameworks out there like Pure.css.

Is Bootstrap the best CSS framework?

This is an individual question as we all have different needs when it comes to CSS frameworks. But when you analyse it a bit, you can see that much different analysis shows Bootstrap as the best and most fulfilling CSS framework.

What is the difference between Bootstrap and CSS?

Bootstrap is built on top of CSS, and won’t exist without CSS. Bootstrap is a front-end framework that makes it possible to build websites writing less CSS. You can with both CSS and bootstrap separately build websites.

Is Bootstrap still relevant in 2021?

As you can read in this article, version 5 is coming. Bootstrap does a lot to keep their framework up to date. They keep adding features and making it a better framework.

I have been in the software industry for 10+ years, and I’ve gathered a ton of experience I’m sharing with you. I test out tools each week and share my findings with you, for you to easily choose the right software for your needs. I have so far reviews many types of software and even built software myself, it’s a huge passion for me. How to Find the Best Domain Provider for You in 2021 Semrush: Here are my thoughts Yoast Premium: Is It Worth Upgrading? – 9 powerful features 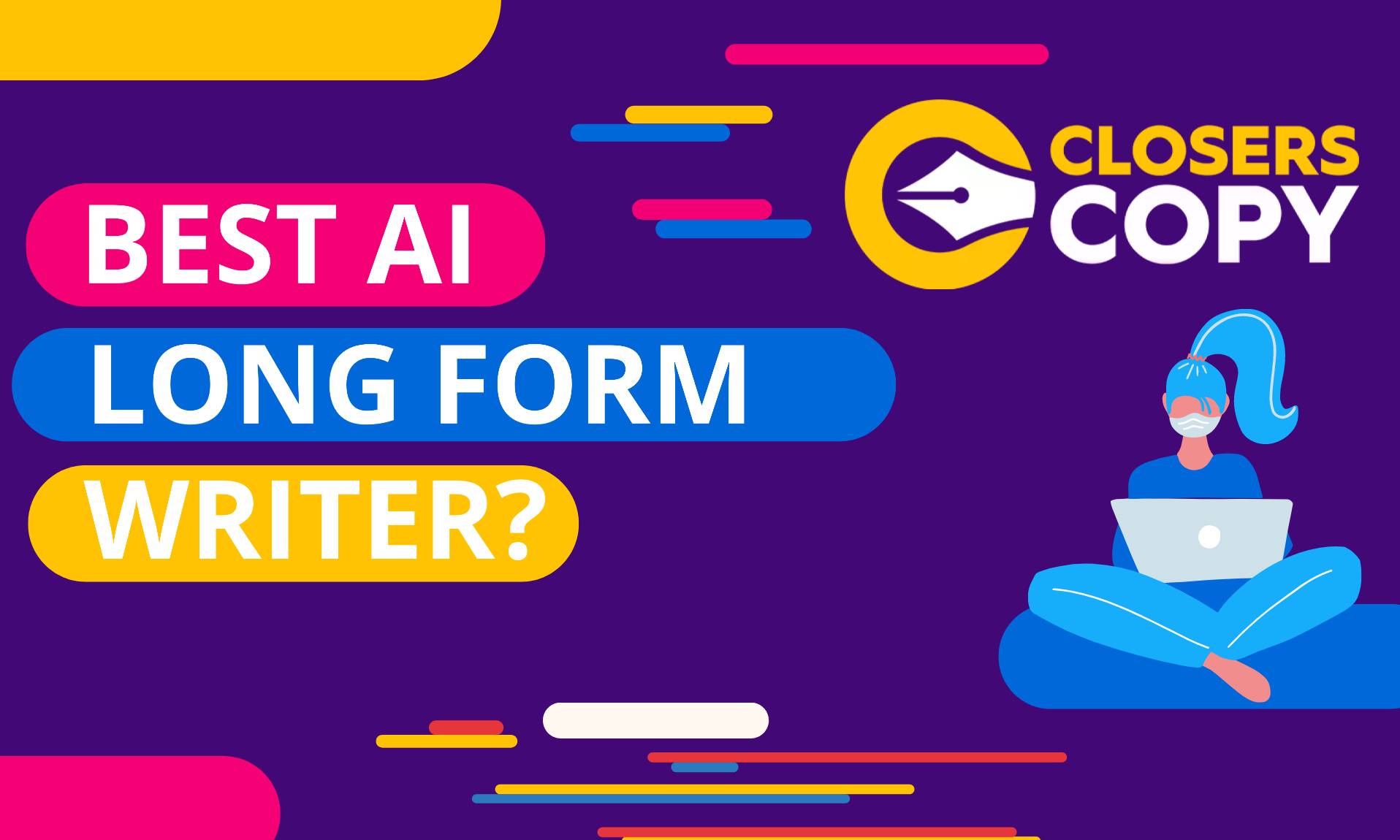 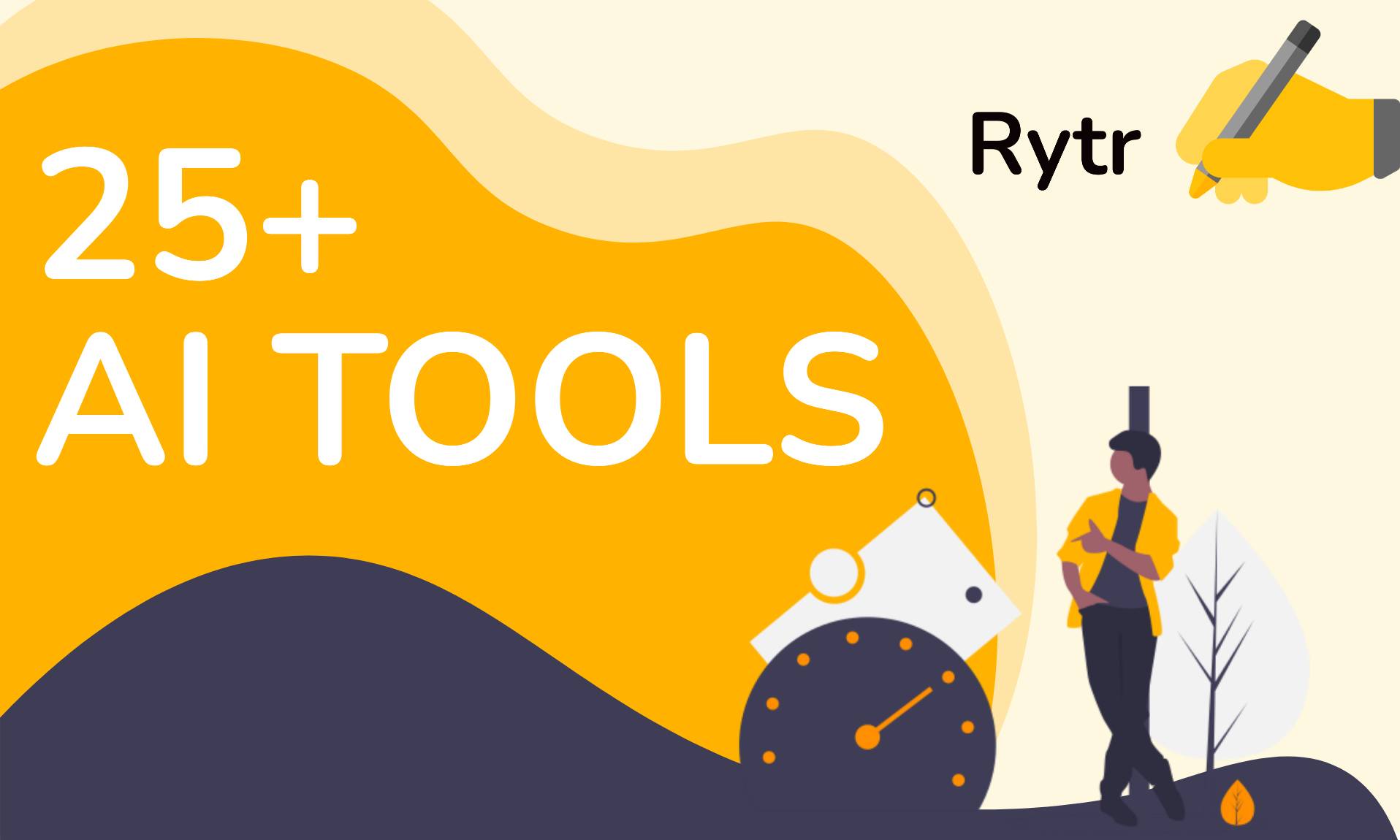 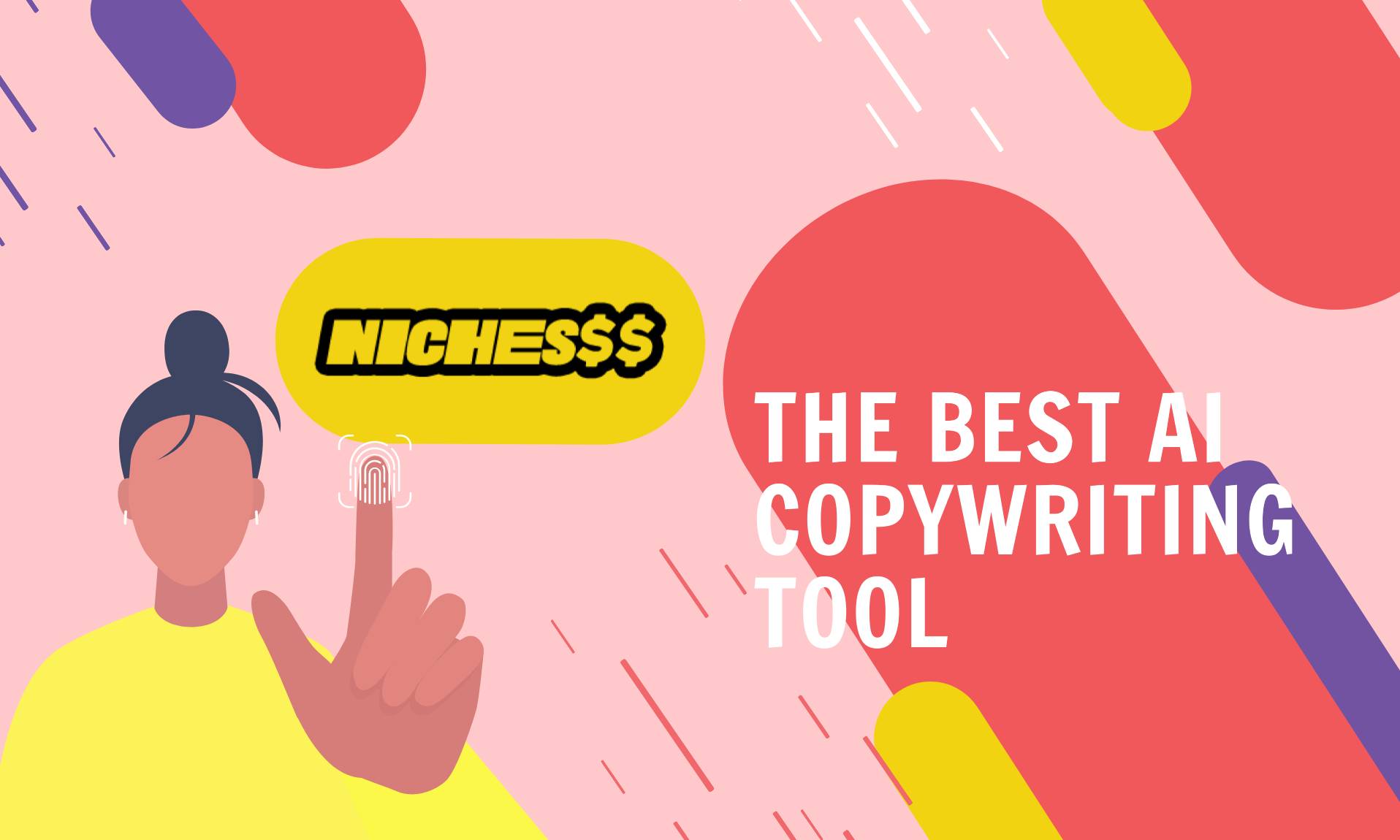 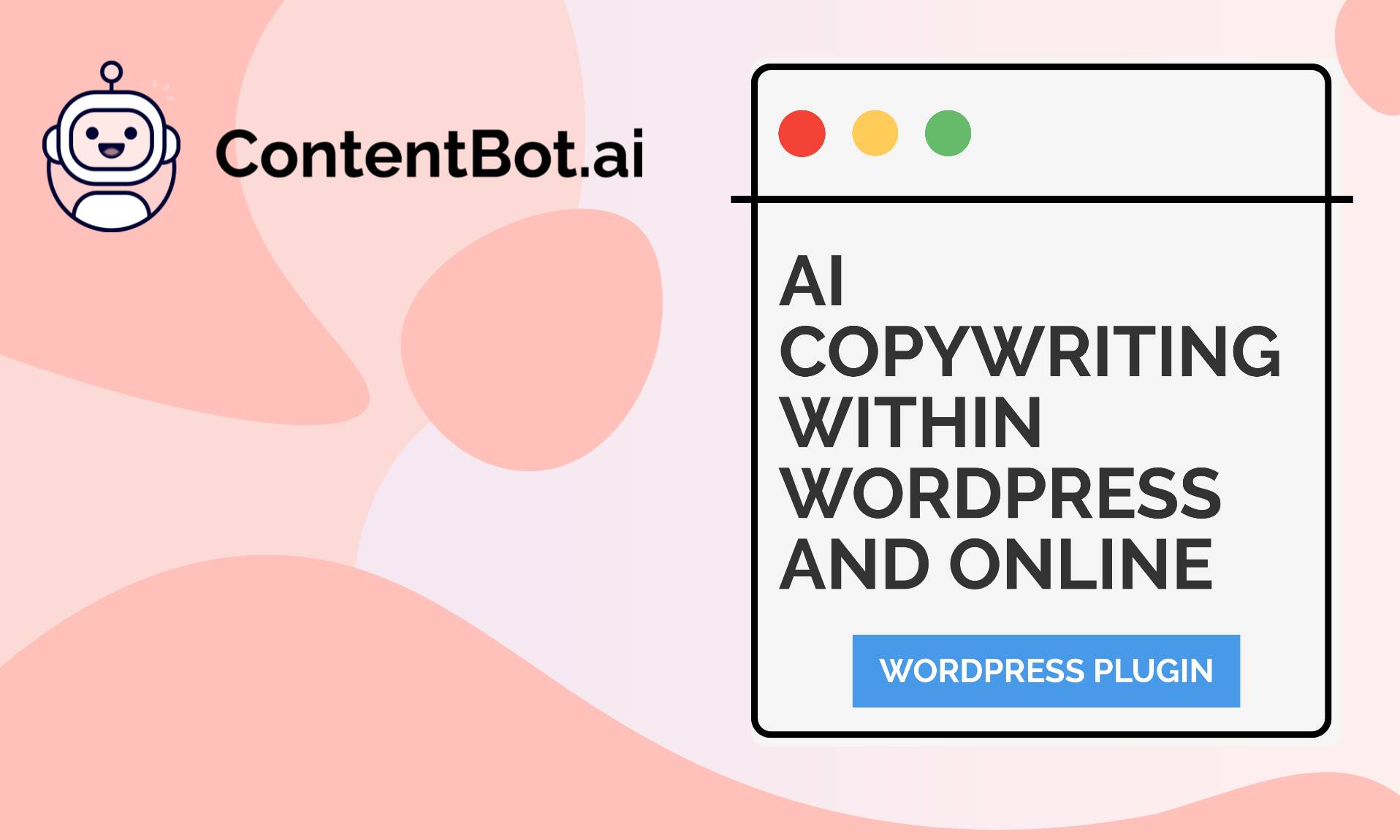